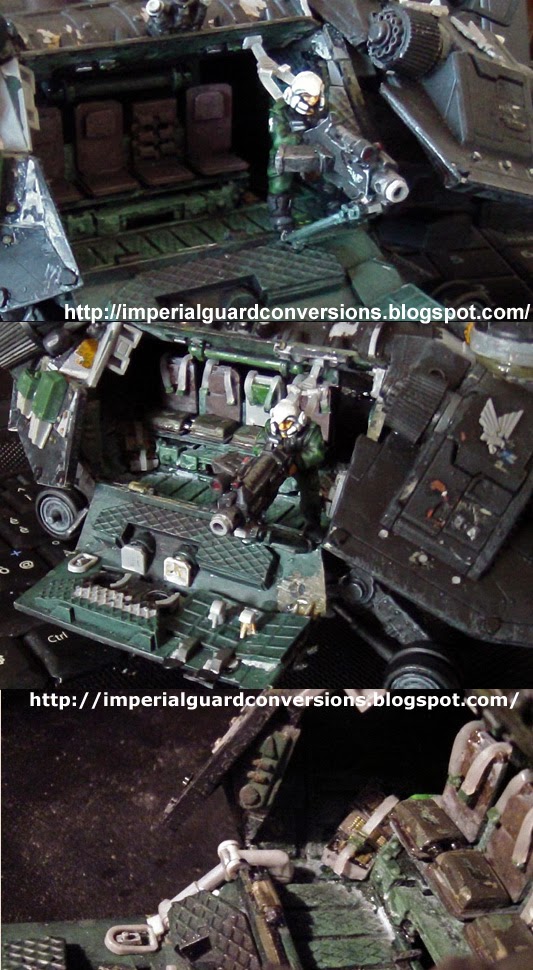 Completing the interior and the ramp is the first main restylig of my Imperial Guard Soldier Termite. Gunner now has a safety belt. Renewed seat have safety belts too. Ammunition boxes, two more small seats, a bottom to open the ramp and other details enrich the interior. Ramp need two piston to open... You can also see the big black rivets on the edges, they help reinforcing the hull and uniforming the nose with the tail.
How to recycle plastic sprue... Inferior hull ot Soldier Termite needs something to fill many gaps. Plastic sprue pieces are very useful to avoid wasting green stuff. Now a tangle of pipes adorns the hull and the landing gears. So Soldier Termite doesn't look like other Imperial Guard vehicles, but it's not a standard Imperial Guard vehicle, it uses a non-standard tecnology. 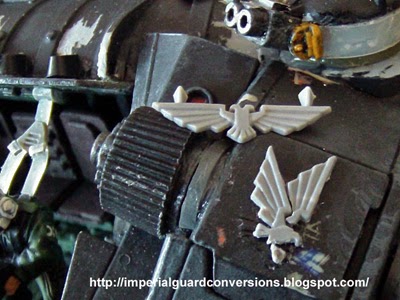 More details
Aquila insigna needs a conversion, too! It's easy: cut one head and one wing and reposition them to get a look more aggressive!

Original Snowspider's guns are... find them! It's not easy, they are hidden. Almost all Snowspider components still remain in my Soldier Termite aircraft. I've replaced them with auxilary drills, those help ramming. Rivets and a periscope on the canopy. 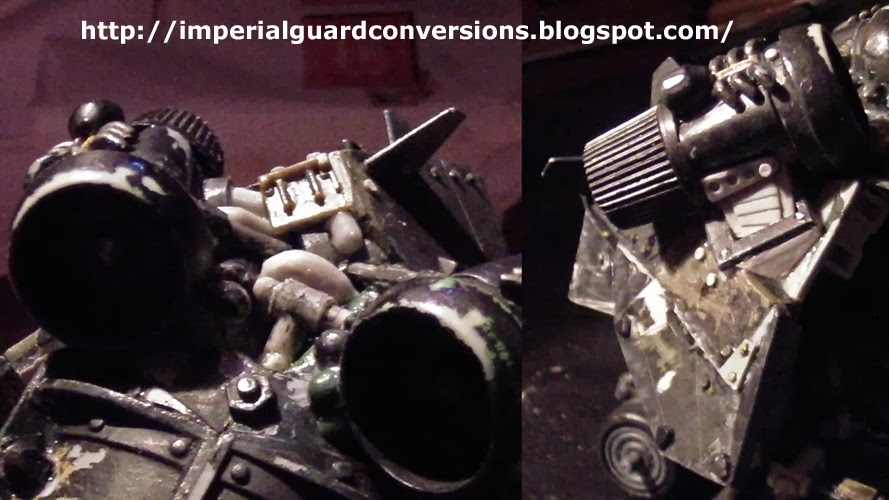 Completing the tail (with a tangle of pipes...) and the thrust vectoring rozzles. 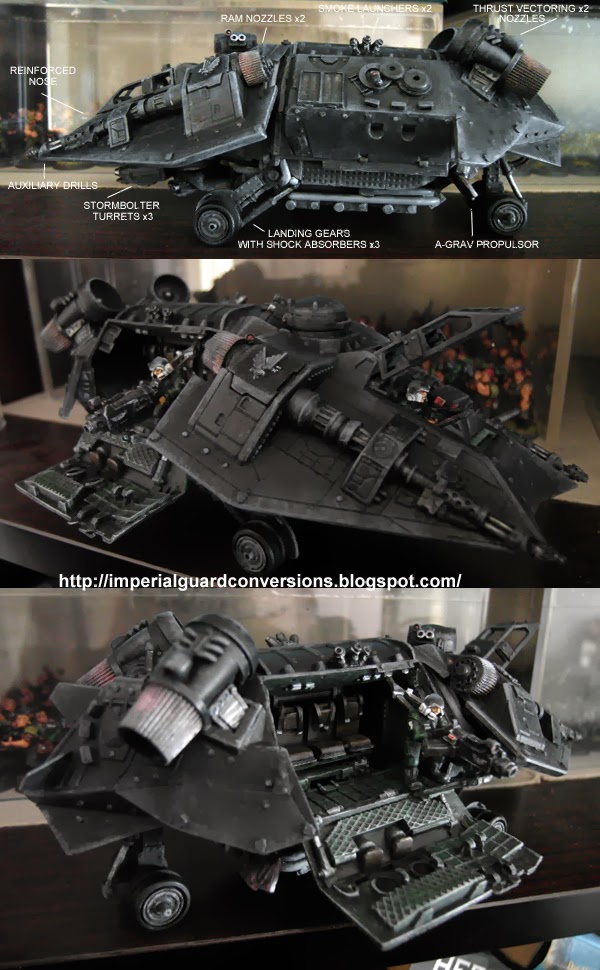 Better pics in the future...