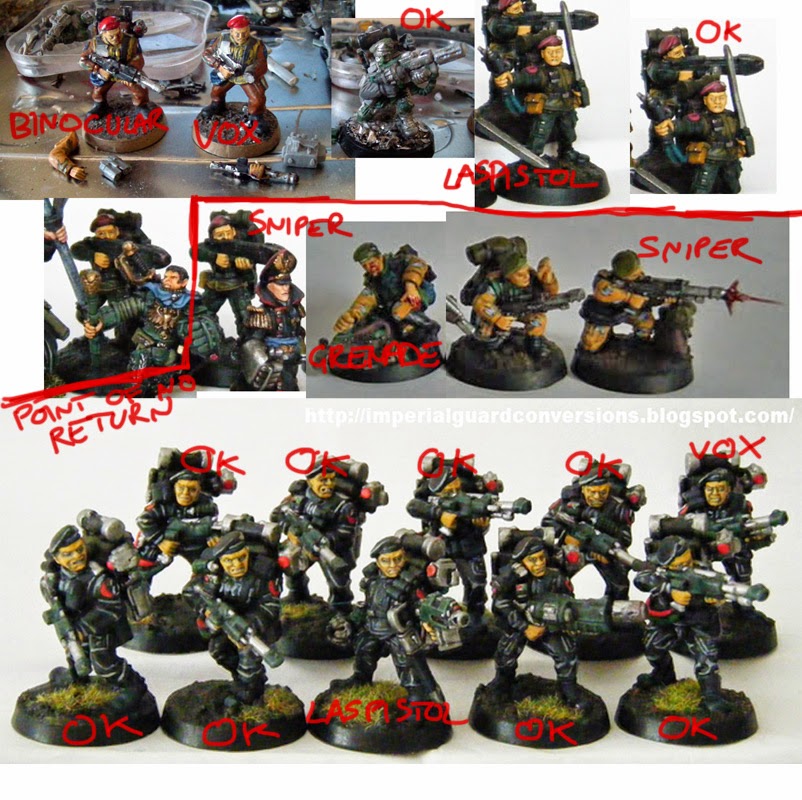 Two beret veteran squads
My new objective is two full operative squads of Veterans with beret. All black like BOPE, with three special weapons for squad.
The red line marks the point of no return. Behind this I have to use three Guards from the battle scene.
Plan changes, just a little: beret stormtrooper kneeling will not be the sniper, wounded one will.
Let start with the first two, those with red berets.

I have differentiated two same poses by changing the right arm (with binoculars) to the first and the left arm (with the handset of the vox) to the second. The job is more difficult for the vox-operator: I had to build from scratch some parts of the backpack, carving small pieces of plastic. 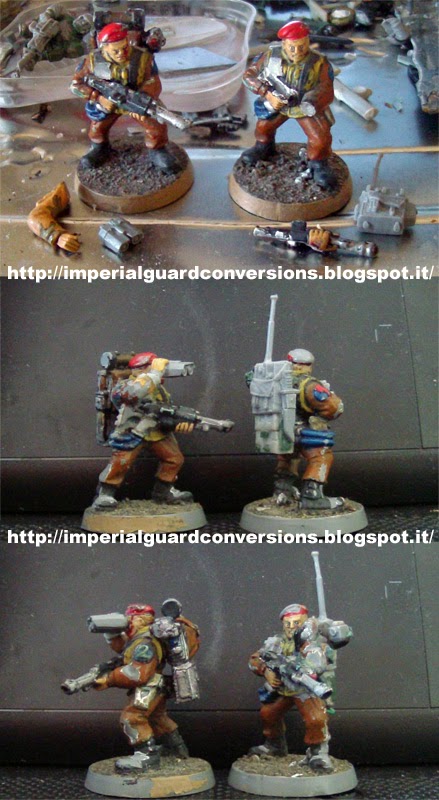 Now I have to think seriously about the painting. I will resume stormtroppers colour scheme, so uniforms and berets will remain black, with highlight less remarked. Pinkish gray for backpacks (these men have armoured backs and nothing else) and dark pale green for combat jackets 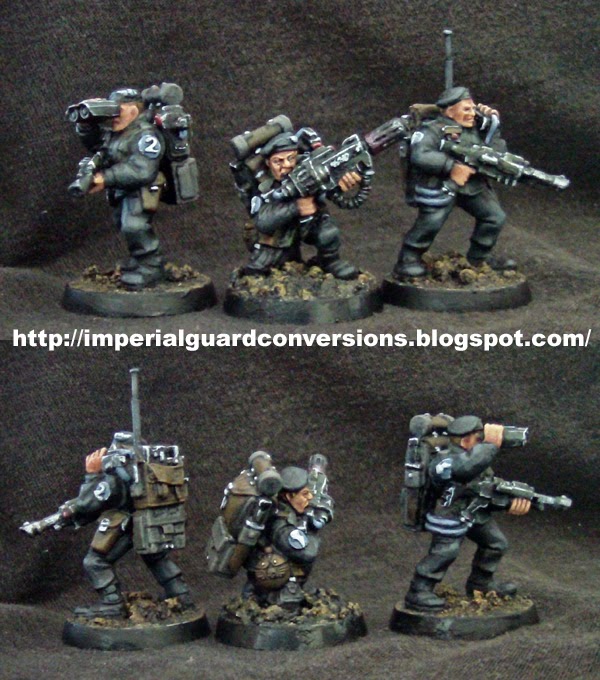 Three brave men completed! Here my tutorial to paint the skin.
I would call them Lucifer Blacks, but Horus Heresy novel's soldiers don't dress in this way. In any case, my beret veterans can belong to pre-heresy Imperial Army, now that Militarum Tempestus looks like so different.