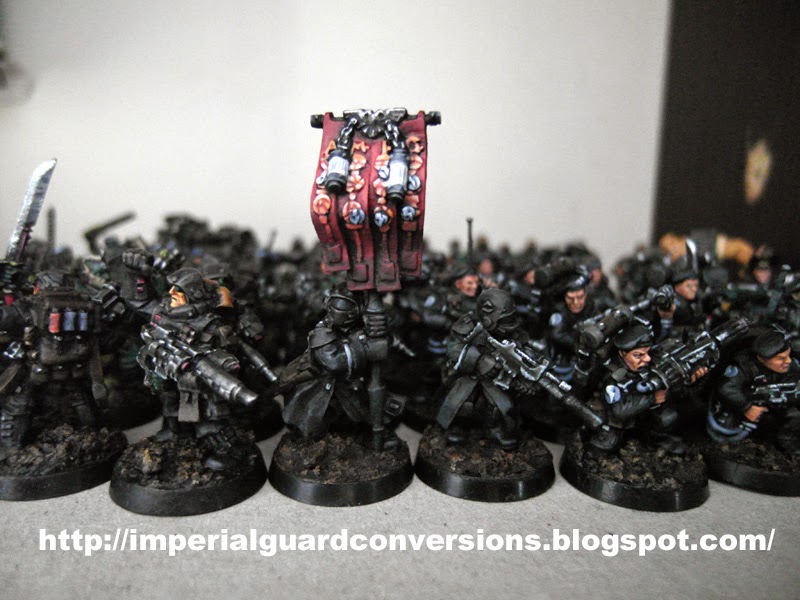 Second Lucifer Black conversion completed. You can see many of my Assault Company (that now belongs to Imperial Army and not to Astra Militarum...?).

Starting the conversion. After much thought, I decided that the special weapon of Lucifer Blacks is the sniper rifle. They are very technological bodyguards, other special weapons were not suitable. 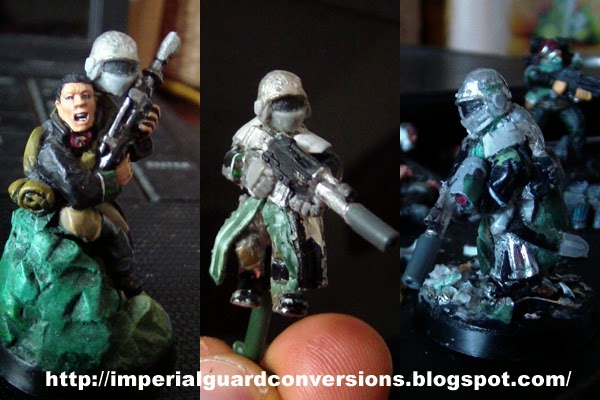 Green stuff work completed. The open coat allows to see the armor below, on legs and knees. Because Lucifer Blacks wear Carapace armor. 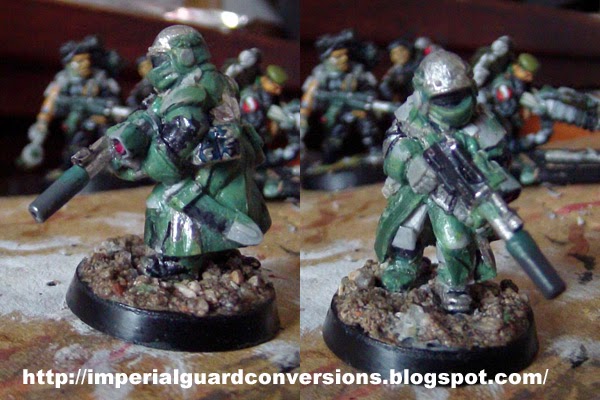 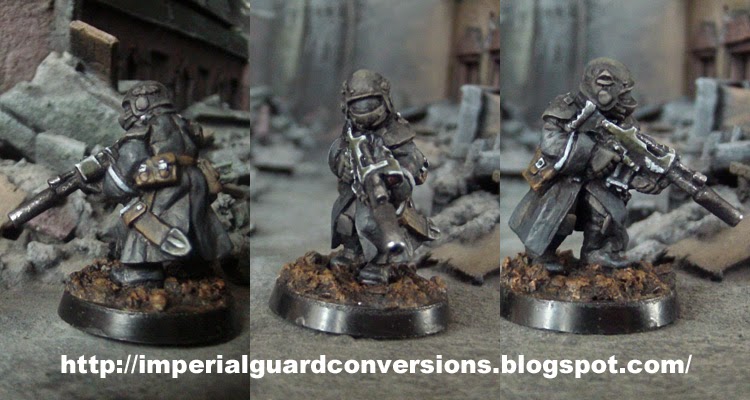 You can see his military rank is different from the Standard Bearer. This sniper could be a Corporal, the other Lucifer a Sergeant.

Update of the day after: the coats are different, so standard bearer Veteran needs a small renovation. 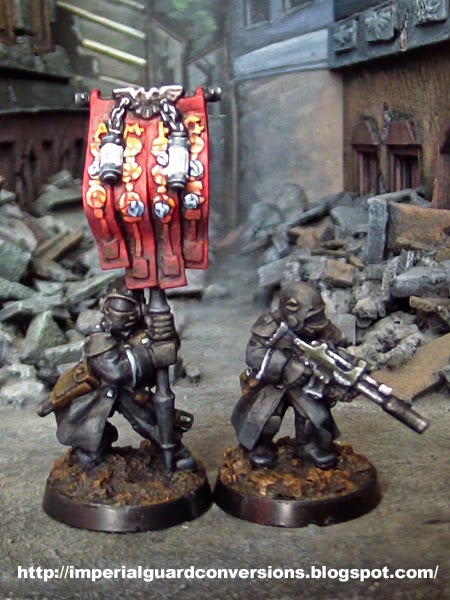 I take from the showcase four old Stormtrooper with the purpose to build one Veteran Sergeant, two Veterans with plasma guns and one with flamer. But after a while I realize that my assault force need heavy weapons. So I chose multilaser. It's original, the Astra Militarum version of Astartes assault cannon. It's a lighter version with four rotating barrels, taken from Sentinel.
I was inspired by the Solar Auxilia crewman with multilaser too. This one will be hand-carried by two Veterans.
Two riflemen with facial plastic.. because the saw has filed off half of their faces.. 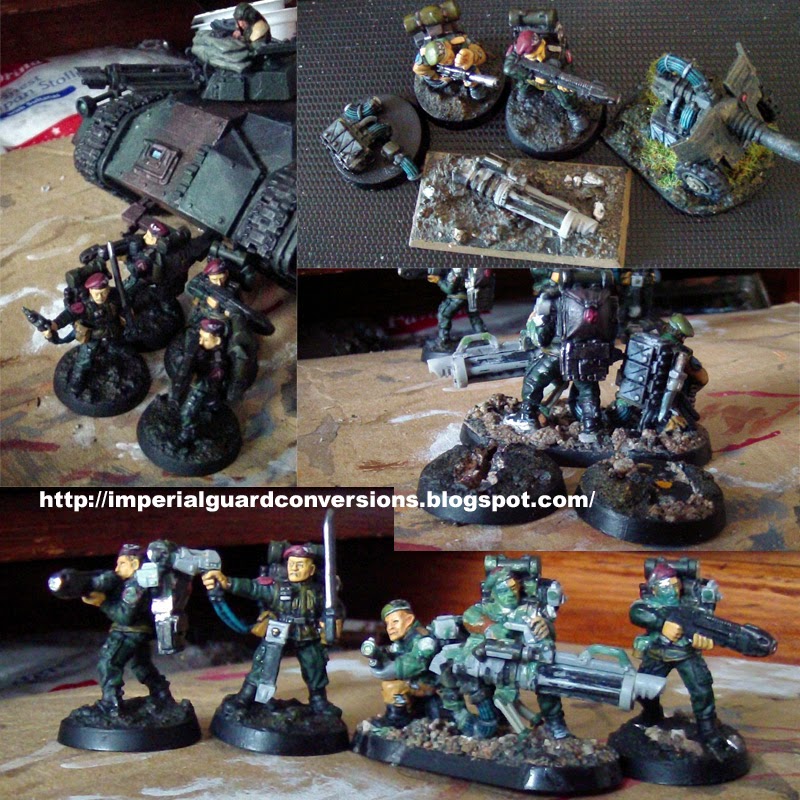 So here they are. I'm quite satisfied, I start painting them but...
... I don't like some things and It's not too late to take the cutter and the green stuff another time. I want this multilaser with both gunners stand up (the second will have both knees). The discarded Veteran soon becomes vox-operator. Then I take another old Beret Stormtrooper, I convert him heavily (change his legs with massive reconstruction) but I am still not convinced! Then I put in his hand a demolition charge and I take another Stormtrooper for the second try. This time, I like the result.
Then multilaser has some trouble. The bipod is useful at the end of the weapon, not in the center. I build two recoils that look like anti-aircraft machine gun of Pearl Arbour movie 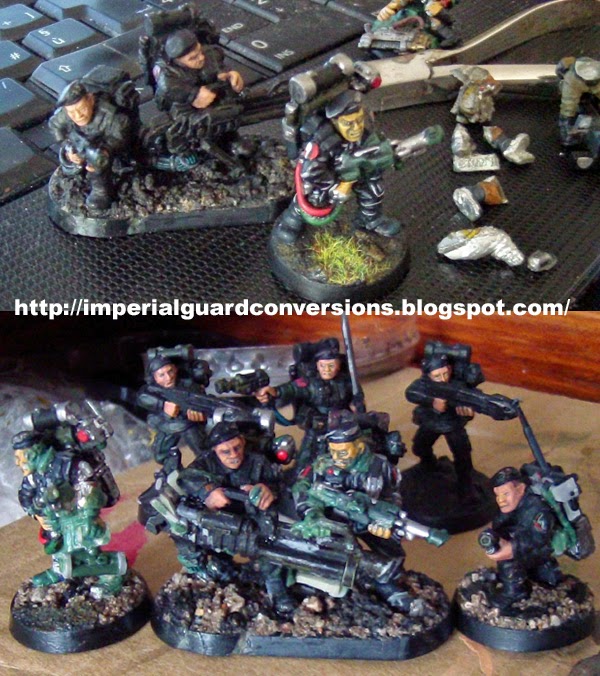 Well, other seven Beret Stormtroopers are painted and combat ready! I consider them Veterans, so each squad counts ten men. Now I have ten and I'll make another ten. 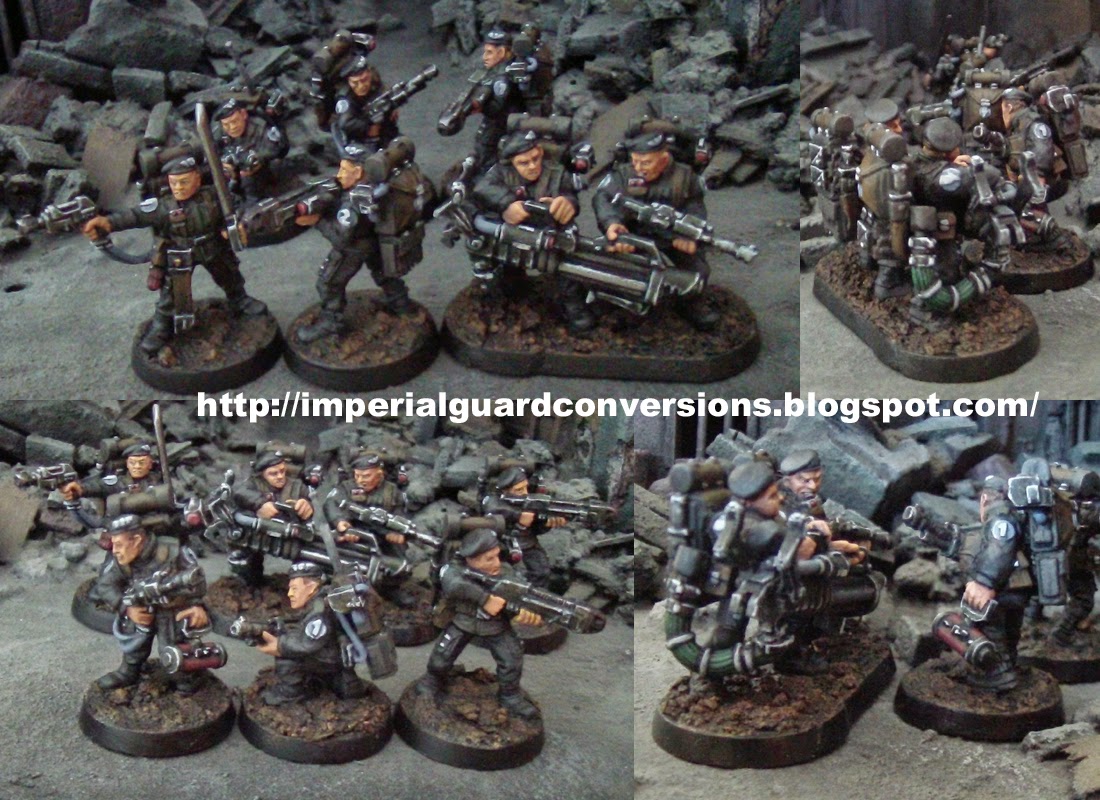 Renovating these old miniatures is more difficult than I imagine, but conversion must go on...