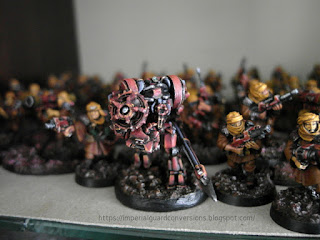 Made by plastic sprue. Renovating my metal Chaos Marauders, I have five Hunting Lances and no more horsemen. After discarding a conversion of Empire Pistoliers, I've remembered Epic Imperial Robots that support Imperial Guard. So I create a new pattern of Imperial Battle-Automata that runs fast.

Let's start with the first prototype: 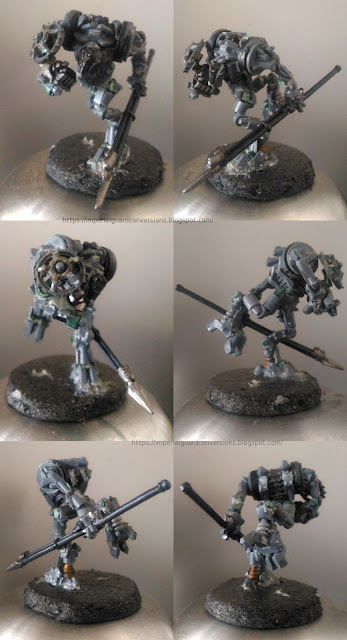 It's equipped with a shield because I need some Cerastus Lancers too. It has also the Power Fist, that has no much sense in the game, but it looks fine... And, further more, a Laspistol, the complete the wargear (no Frag-grenades...). 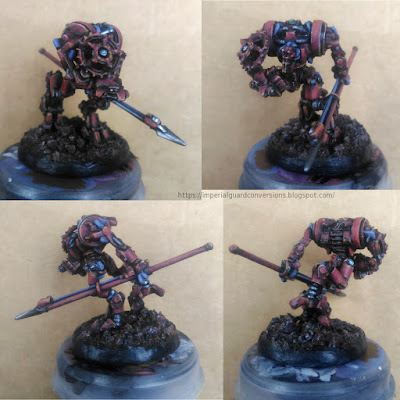 Collecting pieces from plastic sprues to build another four Robot Rough Riders with Hunting Lance and Power Fist and one with Flamer and Chainsword. The last one will represent an Acheron Knight in Titanicus. 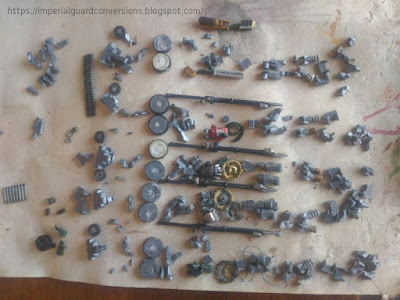 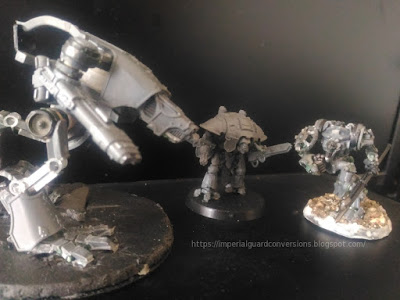 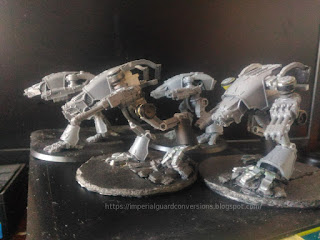 Warhounds are ready to war. They are not yet completed, this last task will take much more time, but now I can play Titanicus with four Titans and six Knights.


I've made the shoulders, then the hollow where I've inserted the heads: 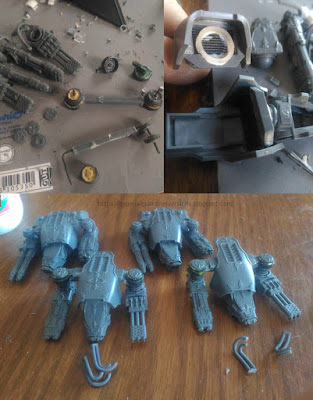 The selfmade torso is more difficult, because it has to hold the rear radiators: 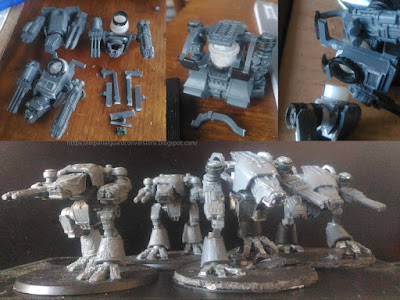 It's time to add all the details. Be patient...

Draw: Stormcasts in the Endtimes

My small/big effort to draw the Stormcast Eternals during the Endtimes, a sort of alternative ending: 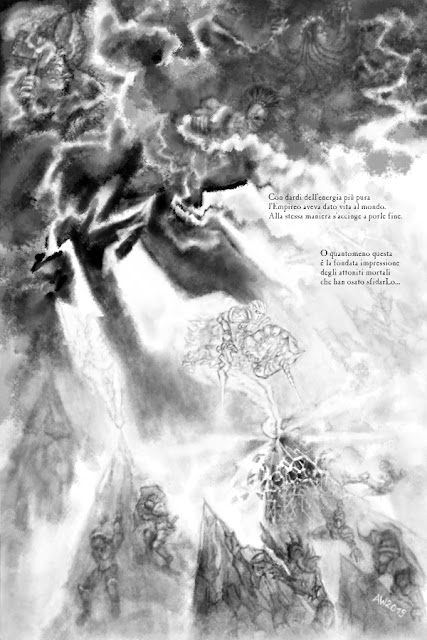 Title:
Warunicorns
Translation:
The Empireus had given life to the world with darts of the purest energy. Now It is about to end life in the same way.
At least this is the well-founded impression of the astonished mortals who dared to challenge It.

I am not against Age of Sigmar setting, I would just have preferred that Warhammer world did not broken in the end, it could have become an hellish battlefield where few Heroes fight in subterranean dungeons. Where finally Stormcast came from the storm to defeat the overwhelming forces of Chaos.

I prefer Stormcast as horsemen because of their heavy armour. They mount war-unicorns, a small link to Bretonnia.

Empireus means the firmament, the pantheon of the Gods, I would translate with Empyrean, but this word means Warp..! Maybe it's right Warp too...
a 12:22 PM No comments: 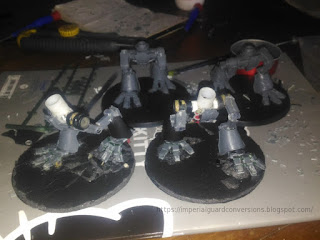 Titanicus Warhounds kit is marvellous because you can build two more Titans! Doubling Warhounds will be my new heat: I have to build legs and torsos with some scratchbuilding and plastic from the sprue.
Now legs are almost done, but before I was not so sure to complete the task... 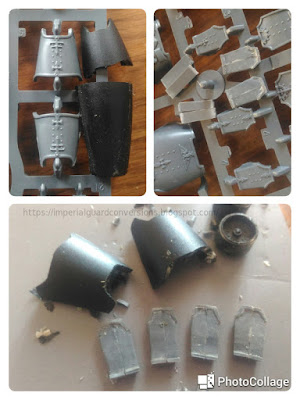 Then I've build hips and legs over a wire: 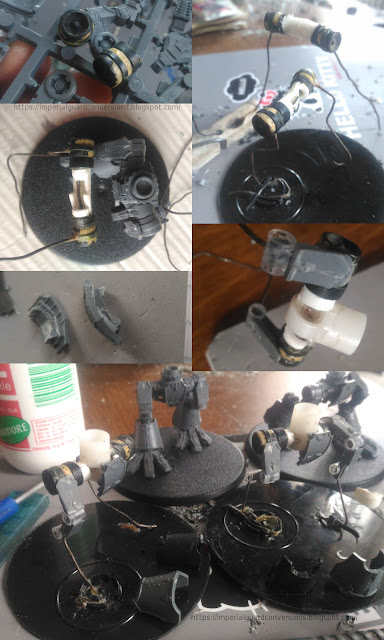 Scratchbuild Warhound's feet has been the hardest thing: 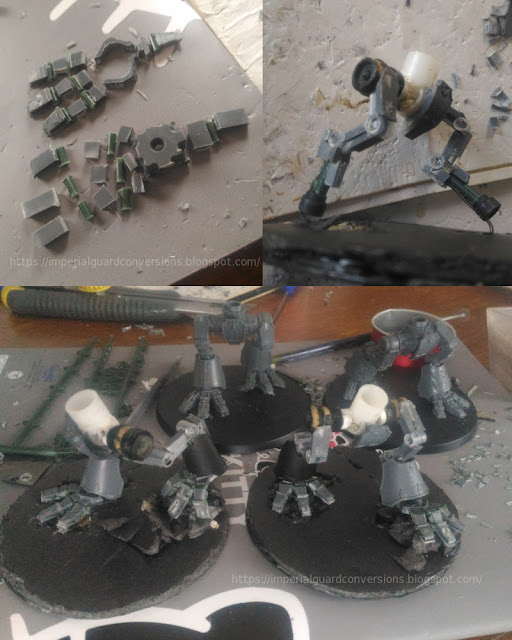 Obviously I have to cover each part with pistons and small decorations.