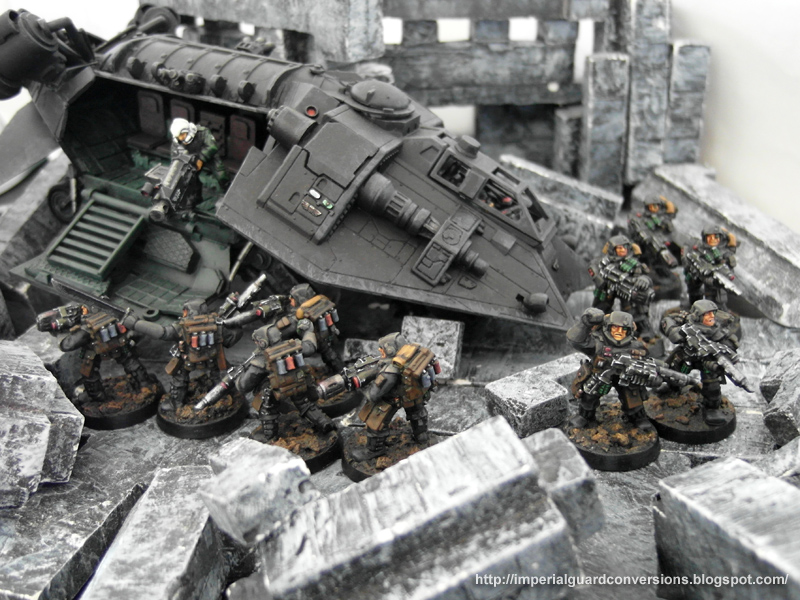 Last month I was taking a shot of Termite aircraft
covering Imperial Guard Stormtroopers storming into a bunker.
It need some restyling too, I tought. So let's start... First the name: Soldier Termite sounds better.

Soldier Termite with some useful pieces all around: 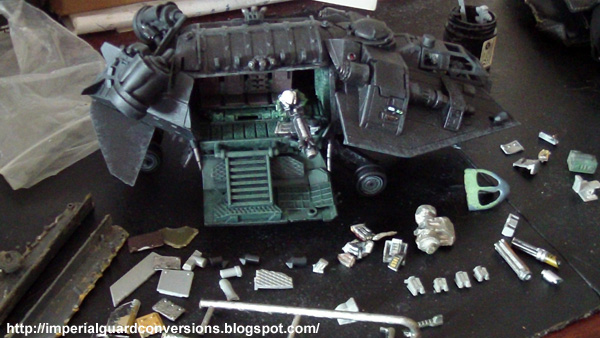 The main problems are: 1) tail 2) asymetry between right and left flanks 3) ladder on the hatch.
Closing the flank hatch to study simmetry errors: 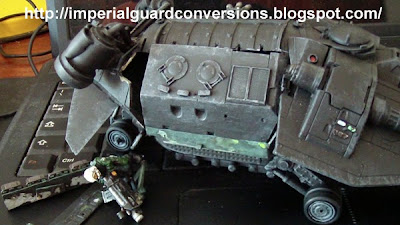 I've started with the ammo box, inserted near the machinegunner position: 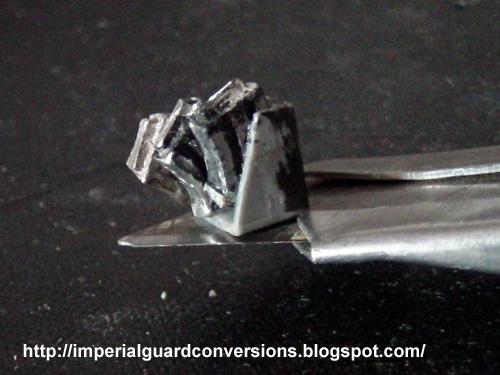 Before main rear reactors of Soldier Termite are inverted, like Valkyria's ones. Now are correct. At the end there are glue cap sections; same restyle for front smaller reactors. You can see the stormbolter turret, too. It can rotate. 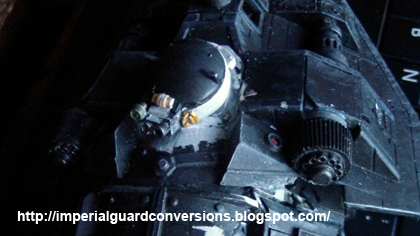 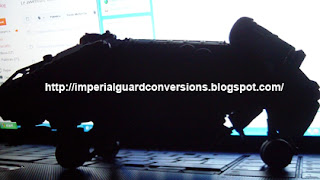 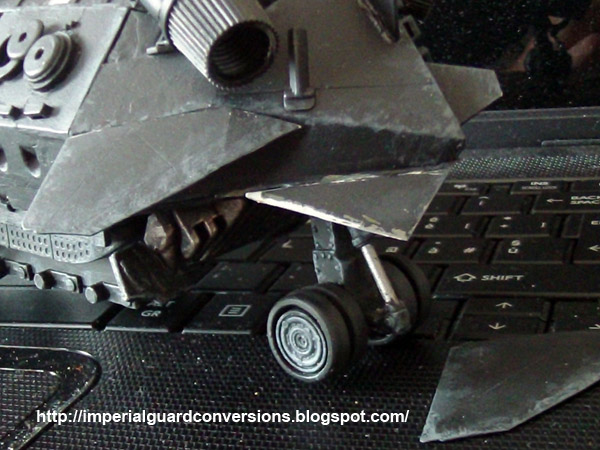 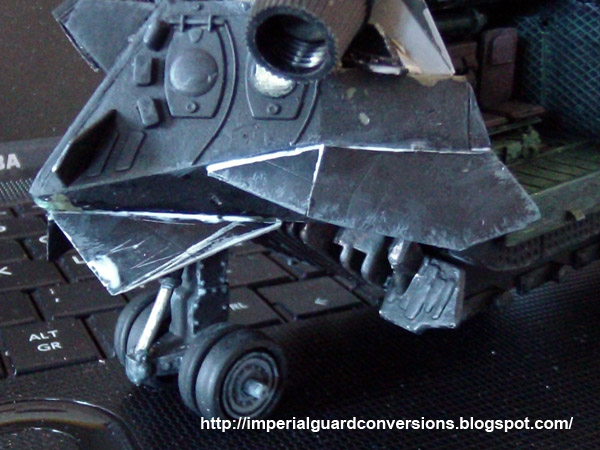 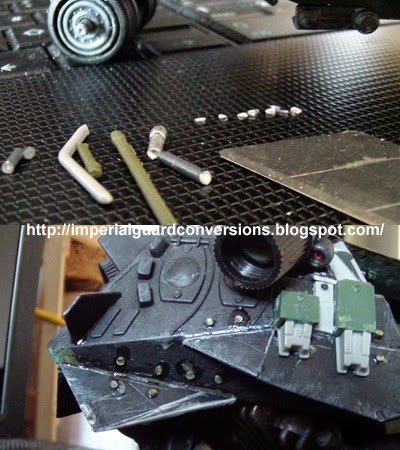 Before tail doesn't follow the inclination of the Snowspider hull. So I cut it into six parts and replaced them with a new configuration. It seems better now.
Rivets help Soldier Termite to look like more an Imperial aircraft, not so sofisticated.