(2003)
Black Termite is not a real aircraft, but an assault carrier that can do short jump in the air, landing and smashing everything with its armoured head.

Armed with two stormbolter and one heavy requiem, Balck Termite carrier can be used by Catachan Commandos.

In the front you can recognize StarWars Snowspider.

Other parts are from a Marder tank and other models. 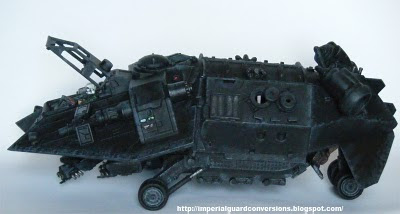 Landing gears are from old Sentinel legs and Marder whells. 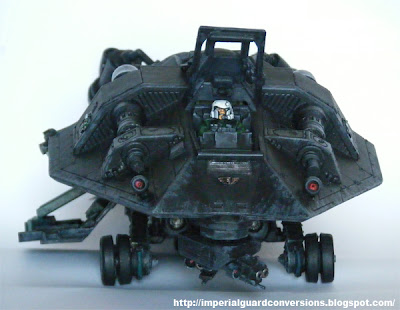 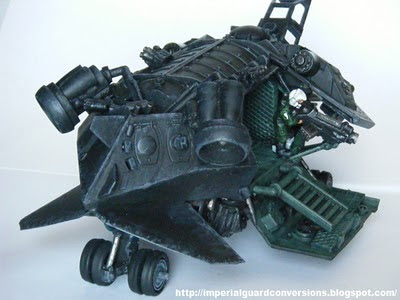