Finally, after so many years, I've painted a pair of Bretonnian miniatures, the Questing Knight on foot and his equerry from Quenneles: 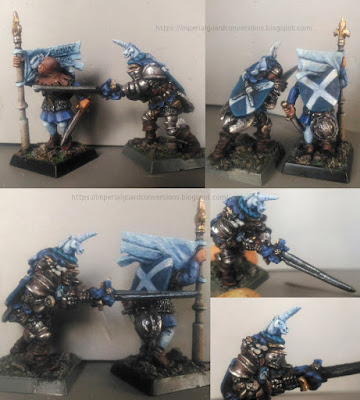 I keep the Knight's original name, Sigismund the Braveheart and he's older than the famous movie with Mel Gibson. I see a very strange coincidence: there is a unicorn on his helm, the Scotland national animal, he helds a two-handed sword like William Wallace, Quenneles colours are blue and white like the Scottish flag...
...so the first two Bretonnians of the Mordheim band come from Scotland!
This miniature of the knight is an ancient Warhammer Lord Of Battle, I can consider it a proto-Bretonnian. He's my conversion, of course! The original one is smaller:

The conversion is very heavy: 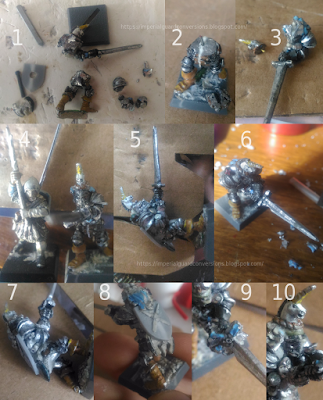 The equerry is a conversion too, his name in Mordheim campaign is Gavroche. 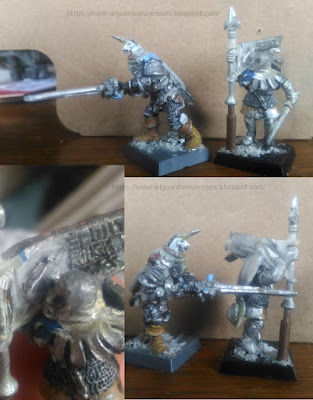 Before Sigismund, another Knight rose and then fell...

Self-made to play the Mordheim campaign in last summer, he was a Knight Errant called Gillenormand. He was very unlucky, so, when I bought Sigismund, I didn't need him anymore and he became a Tanith Ghost of my Shadow War project. 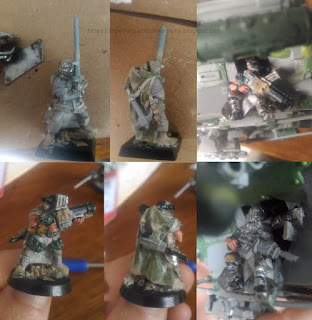 Now I've to finish another Knight Errant and his Equerry.

P.S: comparison between the Bretonnians, Boromir of the Company of the Ring and the Leopold's Leopards Dogs of War: 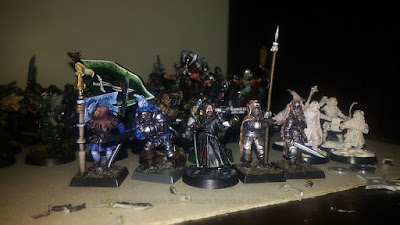