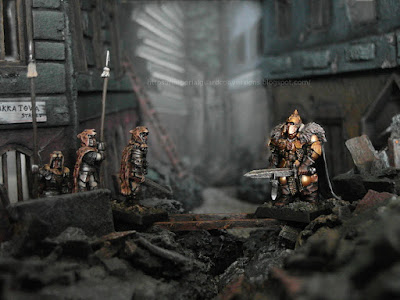 His name is Raoul, I was inspired by the famous one... The helms and the faces are pretty the same.
On the wake of Warhammer The Old World announcement, I purchase one of these marching warriors (more iconic than the Stormcasts I think), giving to him some humanity. Maybe he comes from those regions of Norsca that don't succumb entirely to Chaos powers. 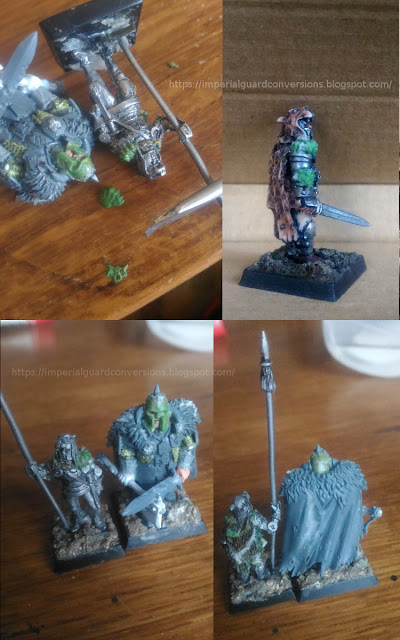 In addition I do another conversion to the third Leopold's Leopard pikeman (a coat on his back) and I renovate some details of Leopold with green stuff, too. 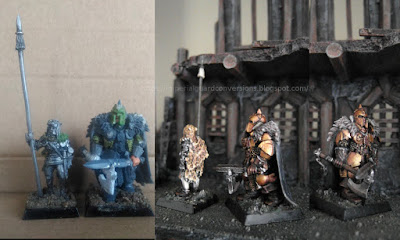 This Leopold's Leopard pikeman is a tiny man, the comparison with the Chaos Warrior is eloquent. 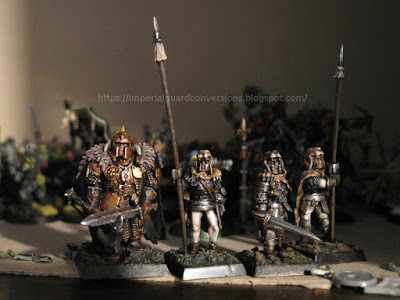 I think in Mordheim Raoul Chaos Warrior may be played as a big Gladiator.