T.S.F. (Tridentum Sector Force) Company Command Squad.
The squad include four old Stormtroopers: one sergeant with Auspex and three Guards with plasma guns. There are also the Krieg standard bearer Veteran, the Captain from Solar Macharius miniature, the Commissar and a mascotte. 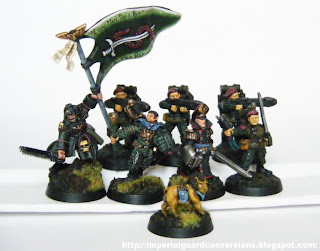 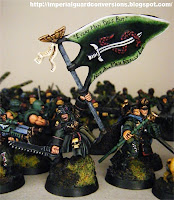 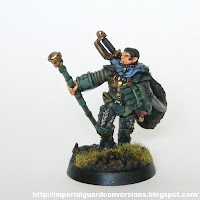 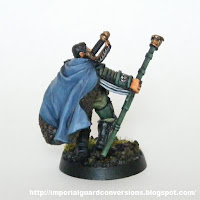 Imperial Commissar and Regiment Mascotte. The lion is scupted with green stuff. 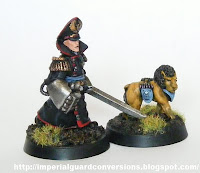 Krieg Standard Bearer Veteran. Torso and arms come from Imperial Commissar, face from old Space Marine Sergeant, helmet by a toy soldier. I was inspired by a GW draw about Armageddon War. 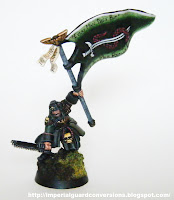 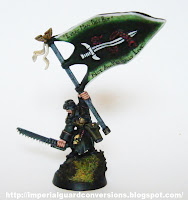 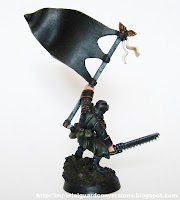 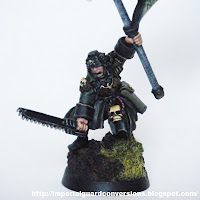 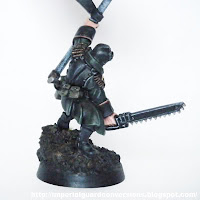 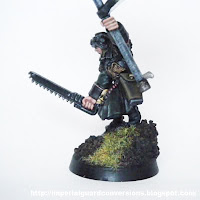 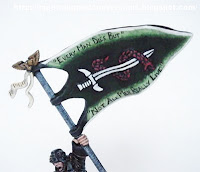 The flag is made by dry vinavil. The emblem: a white sabre and a purple snake, scupted with green stuff.
a 3:19 AM