Five self-made Imperial Guards in a realistic diorama. Heavy Infantry, armoured like Stormtroopers or Grenadiers. There are: the team leader with laspistol, two riflemen, one sniper and grenadier with grenade launcher under the lasgun.

First attempts with a laptop and unpainted miniatures. 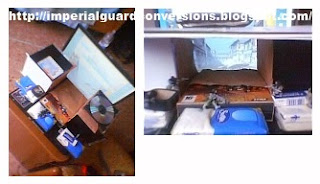 Team leader and behind other team members. 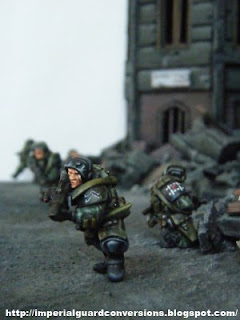 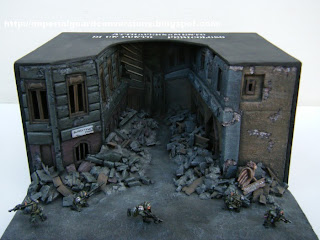 Team leader with a big laspistol. 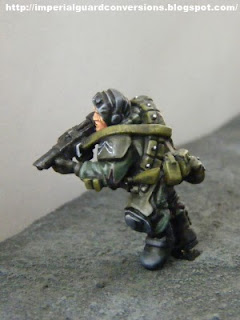 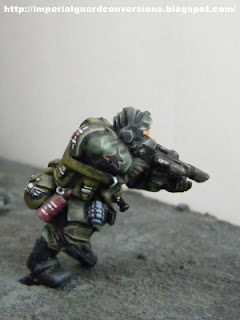 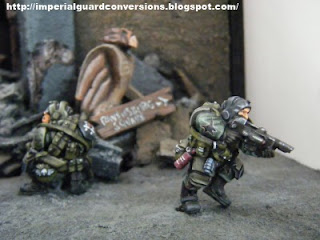 They have armour plates and are full of equipment.