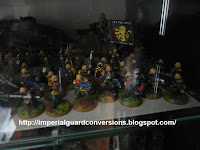 I've found arond thirty Praetorian Imperial Guards and I chose them to create a new infantry company. I didn't like the pith helmets, so i cut them. Same fate for many epaulettes. You can find the wounded Praetorian Guard half in the chief-crew of the Basilisk (upper half) and the downer half in the battle scene.


Captain of the Company, from Praetorian Lieutenant. Like all other Imperial Guards, I've modified the helmet. I add the knife and replace the chainsword with a power fist: 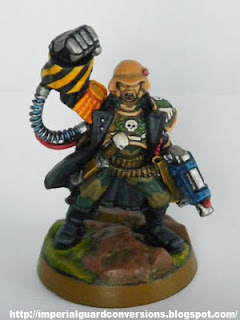 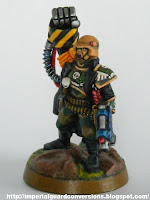 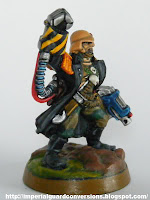 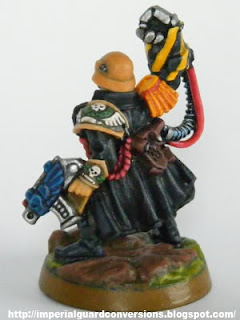 The flag comes from Confrontation Standard bearer of Urland (for sale without flag). Lion head is from an old Bretonnian plastic helm. Letters, skulls and numbers are from plastic sprue codes. 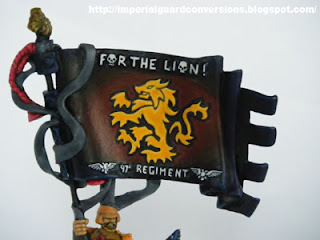 Lions Infantry Company. All the helmets are modified. 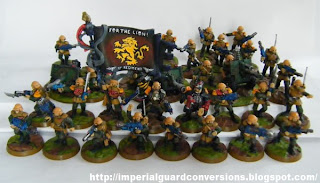 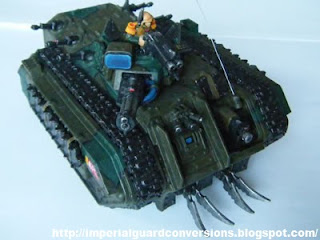 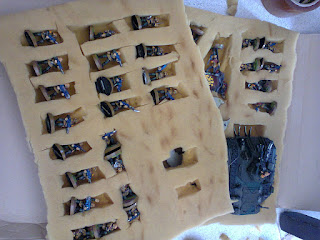