I come back into the Heroquest dungeons to complete Sir Ragnar, Ulag and an old Goblin Archer miniature. I've been there a few months, as usual I enjoy starting conversions, but it takes a lot of time to complete and paint them. 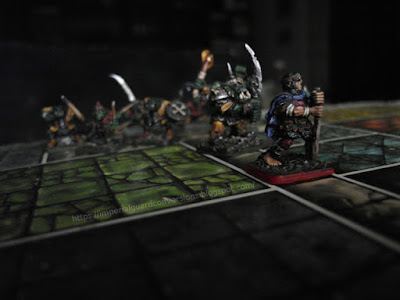 It is no coincidence that the first hero I finished is Sir Ragnar, in that one quest he has to make his way, unarmed and battered, in the midst of a horde of orcs and get out alive.
(Yes, well, with the escort of the four Heroes, but some Goblins always give him a couple of stabs).

He wears the chain mail to justify the defensive die, his arms cling to the stick with all their strength to stand up (the stick incorporates a nail that holds the miniature, the plastic glue does not grip). The starting point of the conversion is the HeroQuest zombie (his head hangs from Ulag's waist), which gives it a worn look: 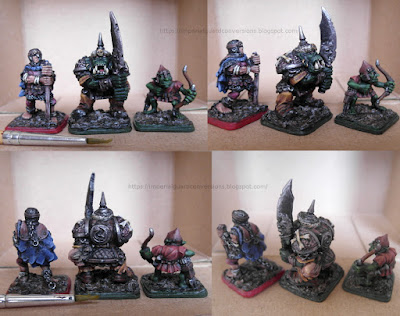 (For once I immortalize the trusty old blunt citadel brush that I have been using for quite a while, it's not the best, but I make it enough. I don't want to justify the not excellent painting, let's say I like to get something from despite the limitation.

With Ulag I started from the StarQuest Space Ork, which is pretty hideous (so I went heavy with the conversion) but burly enough to represent the size of the Warboss. And then I try to use miniatures from those years (see the Citadel PBS3 goblin archer). The half moons on the scimitar blade are nothing but tin drops that inspired me and worked on.

Photos of the pre-painting work in progress: 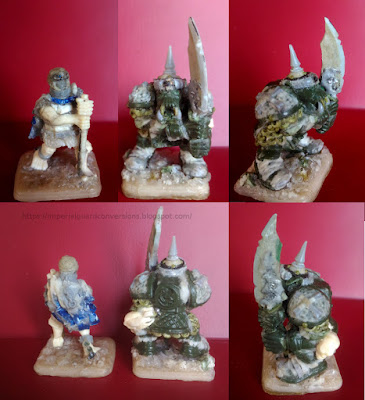 This post want to be a tribute to The rescue of Sir Ragnar, the best quest I've ever played, and a tribute to the Citadel Heroquest miniatures, Hasbro ones suck. 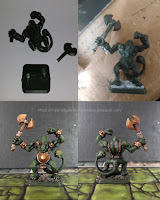 Meanwhile, the Barbarian resin base has become ready from a mold of white glue. It's much better than Ulag's one: 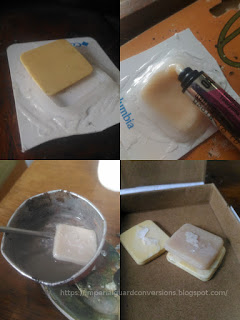